5 behaviours of a cohesive team 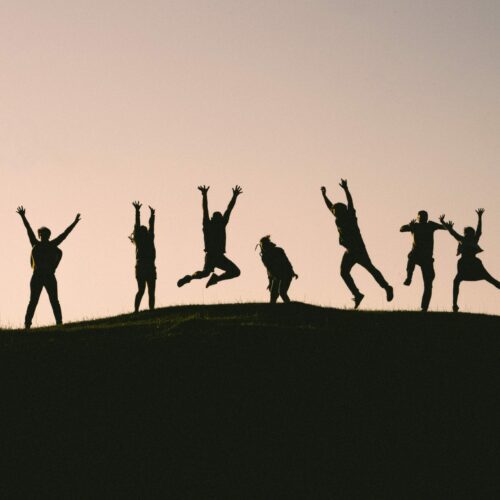 Patrick Lencioni’s 2014 book “Five Dysfunctions of a Team” offered a useful fable about an executive taking over a company (Decision Tech) and her challenges creating a cohesive executive team. The novel is an easy read with recognisable characters. Everyone will relate to the scenario of a team of leaders that struggle to be effective as a leadership team. Patrick Lencioni helps us to understand why in his inimitable style.

The key insight is that developing a cohesive executive team is conceptually simple and Lencioni offers an intuitive framework which is clear and common-sense in nature. Amongst our clients we have ample evidence that teamwork (especially cross functional teamwork) is often challenging in large complex organisations and one or more of the five dysfunctions offered by Patrick Lencioni are usually the root cause. Those five pitfalls, labelled the five dysfunctions of a team, and their flip side “Five behaviours of a cohesive team” are:

Dysfunction 1: Lack of trust. Trust lies at the heart of all high performing, cohesive teams. Without trust, teamwork is all but impossible and never sustainable. A lack of trust leads to an unwillingness to communicate honestly and openly, real thoughts, feelings and ideas are suppressed. Personal agendas are often hidden and virtual ‘elephants’ stalk the rooms. Building trust enables teammates to be honest about their deficiencies and shortcomings, to admit to mistakes and errors, and to ask for help when needed.

Build confidence that team members can be vulnerable with one another and confident that their colleagues have good intentions. This can be achieved, over time, through:

Trust in a team makes productive conflict possible because team members will readily engage in passionate, challenging and constructive debate about ideas without fear of negative consequences

Dysfunction 2: Fear of conflict. Great relationships that stand the test of time can engage in productive conflict to grow and develop. With a fear of conflicted discussion, teammates are reluctant to confront each other, hide their feelings and cannot engage in constructive conflict and debate or conflicted debate, when it happens, is destructive and erodes trust. Ideas do not get properly aired and evaluated, issues are unresolved and difficult discussion is avoided.

Develop the ability and willingness to engage in positive conflicted debate. This can be achieved by:

By engaging in productive conflict that explores everyone’s perspectives and opinions, a team can confidently make decisions knowing that all available ideas are on the table. They will then be more likely to commit and buy-in to the decision that needs to be made.

Dysfunction 3. Absence of commitment. Teams work effectively when every member clearly understands, endorses and commits to the team’s goals and decisions. Without commitment, efforts are unfocused and likely to undermine effective teamwork. Great teams make timely and sometimes difficult decisions that team members commit to. They seize opportunities and maintain momentum.

The following techniques and tools can help:

For team members to call one another on behaviours and actions, they must have a clear and shared understanding of what is expected.

Dysfunction 4. Absence of accountability. When team members are uncomfortable holding each other to commitments and pointing out problems or deficiencies, the team’s efforts will lack focus, energy dissipates and everything unaccountably, but predictably, falls apart. Cohesive teams rely on peer to peer accountability and self-regulate their standards of behaviour.

To build accountability you should do the following for your team:

When team members are clear about the goal and hold themselves and peers accountable for their contributions they will be more effective at maintaining focus on collective rather than individual needs.

Dysfunction 5. Failure to focus on goals. In dysfunctional teams, members prioritise personal or departmental agendas instead of the team’s overall goal. A lack of clarity about the goal inevitably leads to efforts being unaligned and that builds organisational friction making it hard to get important things done. Effective teams focus their efforts on the collective goals of the group.

As improbable as it might seem many teams are simply not results focused. Ways to bring sharp focus on team results include:

Cohesive teams have a desire to win based on clear collective outcomes and focus reward on achieving them.