Leading by Intent: a look to the future 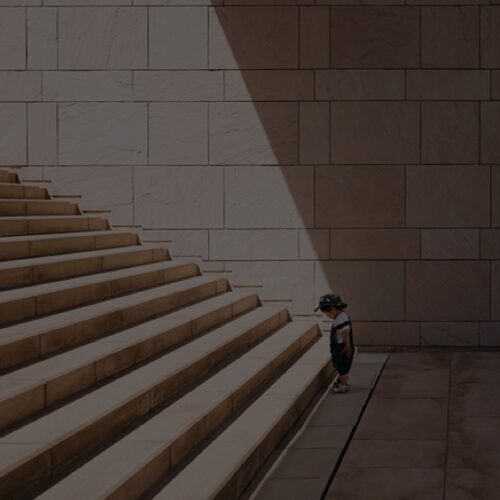 This article was published by Mark Bouch on LinkedIn on 11 May 2018. 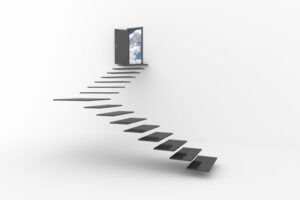 Preparing organisations for the future

There is a growing body of literature describing a radical approach to help organisations reinvent themselves to cope with the circumstances they face. A great number of people we speak to believe that something simply isn’t working in many of today’s organisations. People report strain from oppressive bureaucracy, organisational politics, unnecessary controls and the ‘friction’ of day to day life in large companies. Is it getting any better? We don’t think so. The fact is that many organisations and the leaders within them are well designed and equipped to cope with yesterday’s challenges, rather than what they will face in the future, so we should be working hard to find solutions that will liberate us organisations and help the people within them reach their true potential. ‘Reinventing Organisations’ by Frederic Laloux [1] offers us insights and a potential solution based on what’s possible. It shares positive stories about how some evolutionary companies have found ways to connect people with their true purpose, engage people at a new level and distribute authority and collective intelligence. Having read the book, it was very evident that Leading through Intent has a powerful role to play in future organisations and those now aspiring to take the next evolutionary step.

What is Leading through Intent?

Leading through Intent refers to the practical use of the principles and practices of ‘mission command’. Mission Command evolved in the military sphere as a leadership philosophy designed to address the problem of strategy execution in complex, volatile, fast-changing environments. A broad generalization made in ‘Reinventing Organisations’ labelled military organizational models as Amber in nature implying that they are hierarchical, bureaucratic and exist in a world of stability and certainty. An informed reader would know that this might accurately describe some military organisations, even our own, at some points in time, but it is also a sweeping and unsubstantiated generalisation!

In highly evolved military organisations, structured to deal with agile, highly networked and asymmetric opposition, the modern reality could not be more different. The principles of mission command and how to apply them in business are described in detail in Stephen Bungay’s book ‘The Art of Action’ published in 2011 [2]. The book addresses the problem of strategy execution in complex, fast-changing environments and summarises the environmental challenges in terms of three critical gaps that have to be closed to enable effective execution; the Knowledge Gap, the Alignment Gap, and the Effects Gap: 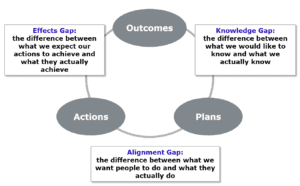 The most common response to the three gaps is to collect more information, issue more instructions and exert tighter control. In combination these typical responses can make the problem much worse, encouraging micro-management and draining the life out of well-intentioned people. The mission command approach, in contrast, requires top leaders to avoid going into detail, but instead to be very clear about their ‘intent’, defined as ‘what’ to achieve and ‘why’; then working hard to align the distributed leaders in the organisation around that intent; and instead of exercising tight control over their actions, granting them a high level of autonomy in deciding on ‘how’ to achieve it. It replaces high control with a strong sense of accountability and disciplined use of initiative.

By using a structured technique called ‘strategy briefing’ (we call it 5MAP) [3], the implications of the intent at each level are unpacked and understood. Although typically described as a process and we’ve codified it to promote consistent use, it is by intent a ‘thinking framework’. Using it requires a change in behaviour. Like any good behaviour, when regularly used it becomes a habit resulting in clarity and alignment across the organisation as well as up and down the hierarchy. Using mission command combines unity of effort and agility. In the business world, we call this approach ‘Leading through Intent’.

The opportunities created by Leading through Intent have been highly relevant to the success of several leading companies over the last ten years. The concept has enabled organisations to deal with the challenges of increasing complexity, higher costs and scale. Based on contemporary views we predict that these challenges will remain relevant over the next ten years. We do not see any silver bullet that will transform large complex entities into streamlined and highly efficient organisations. Quite the opposite. The relentless drive for merger and acquisition fuels restructuring and uncertainty. Our prediction is that the volatile, uncertain and ambiguous environments in which business operates will not reduce. Current organisational models will be no more able to cope unless they adapt and change. This situation is more likely than not to increase and thus reward organisations that can gain competitive advantage by operating with agility, effective strategy delivery and creating highly engaging places to work.

Frederic Laloux’s work suggests that the way we currently run organisations has become stretched beyond limits and that new management paradigms are required; in other words, a further step on the evolutionary staircase will be needed to deal with increased complexity. Over history, different organisational models emerged in response to the limitations of what could be achieved within the prevalent organisational paradigm. Sophisticated modern organisations emerged in the 20th and early part of the 21st century as efficient ‘machines’ to deal with scale, global reach and complexity. Reinventing Organisations describes how the next stage of organisational evolution may look and highlights great examples of pioneering organisations that have already started to move from the existing paradigm to another where large organisations can be operated without powerful hierarchies. He describes the model as an ‘Evolutionary’ organisation based on a new metaphor where the organisation is a living system and change occurs naturally and organically without central control. It’s not yet clear whether this will be an enduring phenomenon or how it will shape the world as we know it. What we can postulate is that Leading through Intent (another way of describing mission command), despite its invention out of necessity by a traditional and typically conformist ‘Amber’ organisation will, or at least should, have an important role to play. Leading through Intent provides a durable set of principles and practices that help people and teams determine for themselves how they should contribute to the organisation’s purpose. The concept has demonstrated efficacy in helping people share, shape and connect with the overall organisation’s purpose.

Leading through Intent has been successfully applied in a range of organisations from large hierarchical pharmaceutical giants, through energetic mid-tier achievers to highly entrepreneurial enterprises. The principles remain the same. The implementation is designed around business needs, their cultural phenotype and the journey they plan. The concept itself is highly adaptable.
In the context of future organisations mission command offers a safe pathway from hierarchical, bureaucratic structures to the ‘powerful and fluid systems of distributed authority and collective intelligence’ referred to in Laloux’s work. Our sense is that Leading through Intent will continue to evolve as a servant of the future.

[1] F Laloux ‘Reinventing Organisations’. A guide to creating organisations inspired by the next stage of human consciousness’ Nelson Parker 2014
[2] Stephen Bungay ‘The Art of Action’ Nicholas Brealey Publishing 2011.
[3] 5MAP is a tradename for the 5 Question Mission Alignment Process that uses similar questions to the military’s mission analysis thinking process.